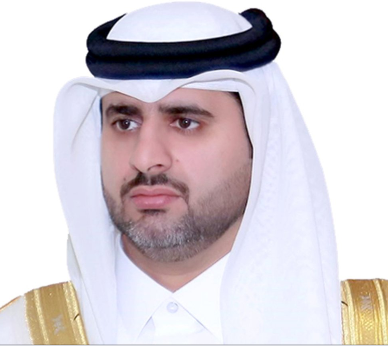 His Excellency Sheikh Bandar has spent most of his professional life in the financial and regulatory sector, before assuming his current position as Governor of the Qatar Central Bank. Prior to this appointment, he was Head of the State Audit Bureau during the period 2015-2021. His Excellency was elected President of The Arab Organization of Supreme Audit Institutions (ARABOSAI) and Chairman of the Executive Council of the Organization.His Excellency also held several senior positions in the Qatar Central Bank, where he started his career in the Credit and Banking Supervision Section and joined the Investment Department as head of trading and managing the foreign exchange reserves at the Qatar Central Bank. He also played a key role in establishing the Qatar Credit Bureau.

As CEO of Qatar Credit Bureau, the responsibility and leadership of the Banking Risk Department was assigned to him in 2014. In addition to these responsibilities, he was also appointed as a member of Qatar Projects Board of Directors and a member of Executive Committee representing Qatar Central Bank.
Education:
• Executive Master of Business Administration (EMBA ) from the HEC Paris
• Bachelor's degree in Business Administration, major in Finance, from the American University, Washington - USA
Glen McKay